You may have noticed we’ve done a fair bit of travelling recently, so we’re going to make this ‘Travel Guide’ thing and bit of a thing on our site. Welcome to our NZ Guide: Top Places to Eat in Auckland!

Last week Bec and I hopped on a plane and headed over to our brother-from-another-mother, and sister-country New Zealand! It was our first time across the Aus – NZ pond and we were lucky enough to be in attendance as the New Zealand Fashion Week Official International Delegates. We didn’t get much time to ourselves over the week as it was generally back-t0-back with runway shows, meetings, video interviews and everything else – but the time we did get we used it well and ate our way across Auckland.

Here are six of our favourite places to eat in Auckland (as suggested by our local assistant Zoe as well as a bunch of our amazing followers):

ONE Mojo, Volcan Lane was by far the coolest little coffee place we made our way to in Auckland. There are actually thirteen of the cafes situated across Auckland, but of course (being us) we found the coolest looking one that was close by! They had really amazing coffee, which we had two each of, and the yummiest pastries ever.

However, lets be honest, sometimes the best thing about a cafe is the way it looks…say no more Mojo. 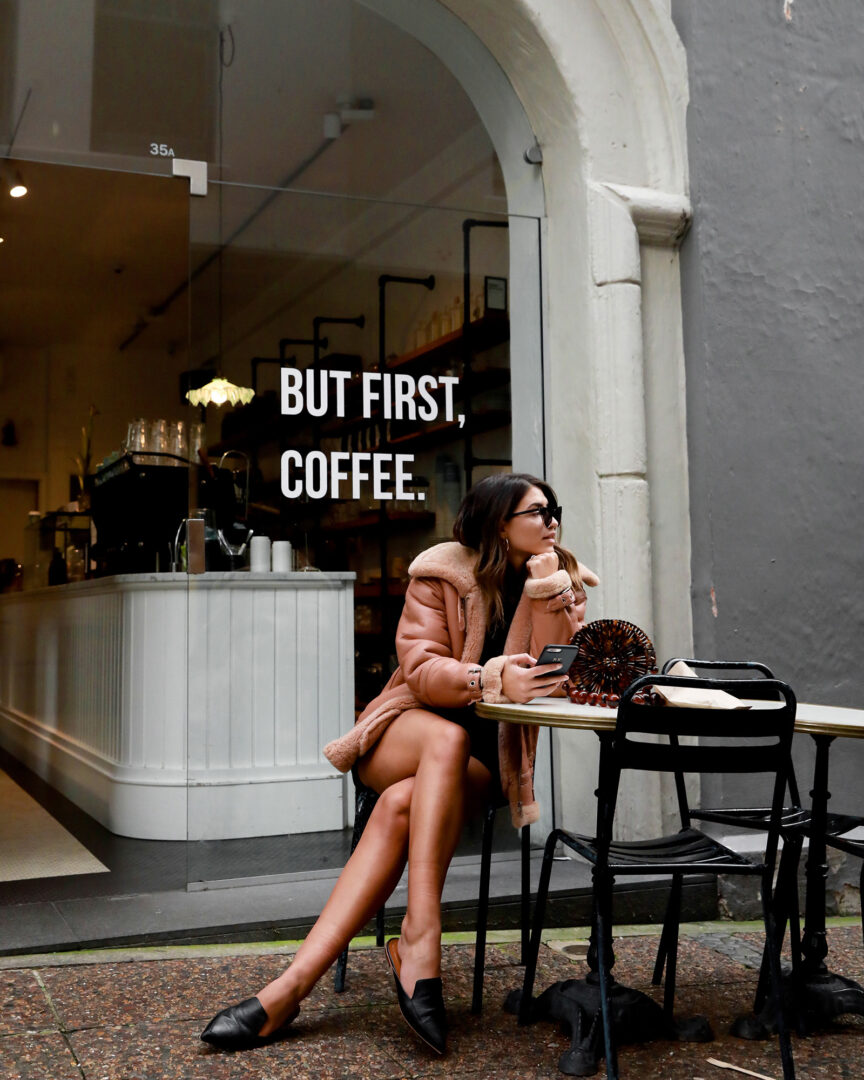 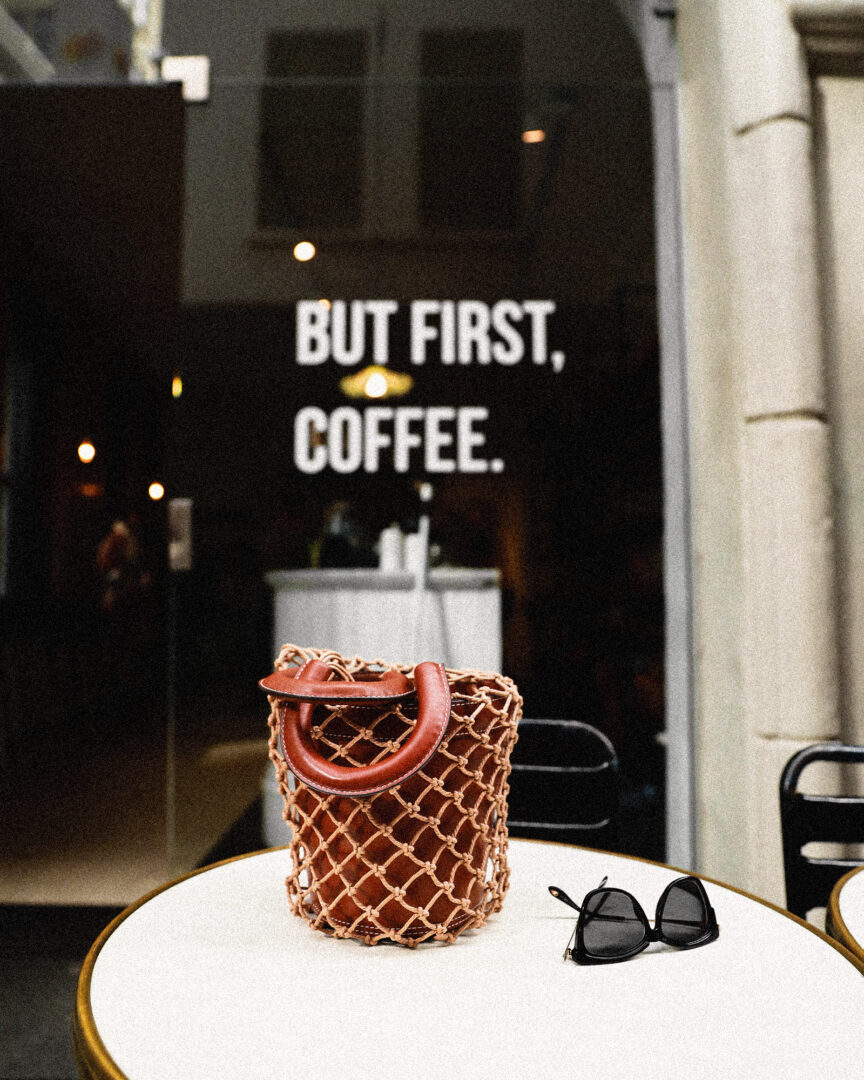 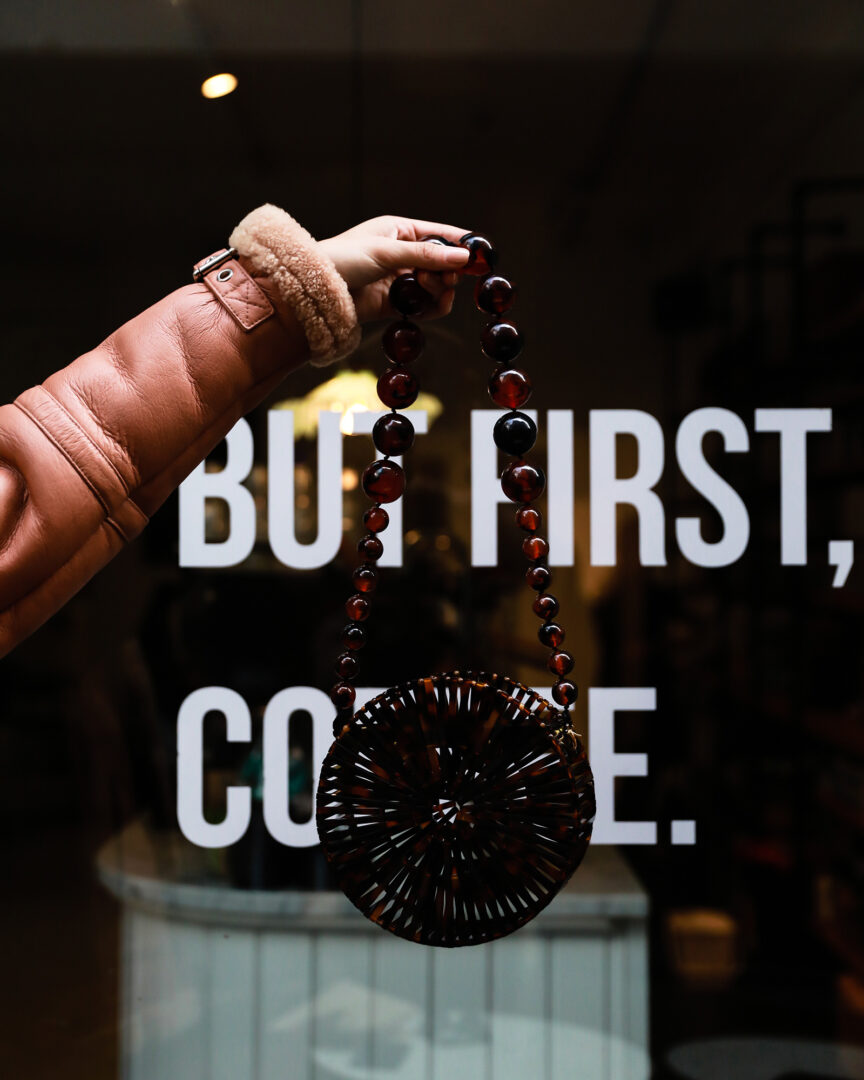 TWO M-Social Restaurant is somewhere that we couldn’t not give a little mention to as we we’re staying there and they had such a great Asian-fushion style menu. We had dinner one evening and then lunch another day and would highly recommend. They are a little overpriced (as you could expect from a hotel restaurant) however they had really awesome lunch specials that we’re great bang-for-buck!

THREE Amano An all-day restaurant specialising in Italian style food, this was suggested to us several times and didn’t disappoint. Located in the most beautiful little square in Britomart, Auckland it was a quick little stroll from our hotel to the restaurant. Bec had the steak and I had the ragu, and it was aammaazing.

The venue itself is also major Instagram vibes and #goals with a stunning hanging flower installation above the front counter and beautiful furniture. 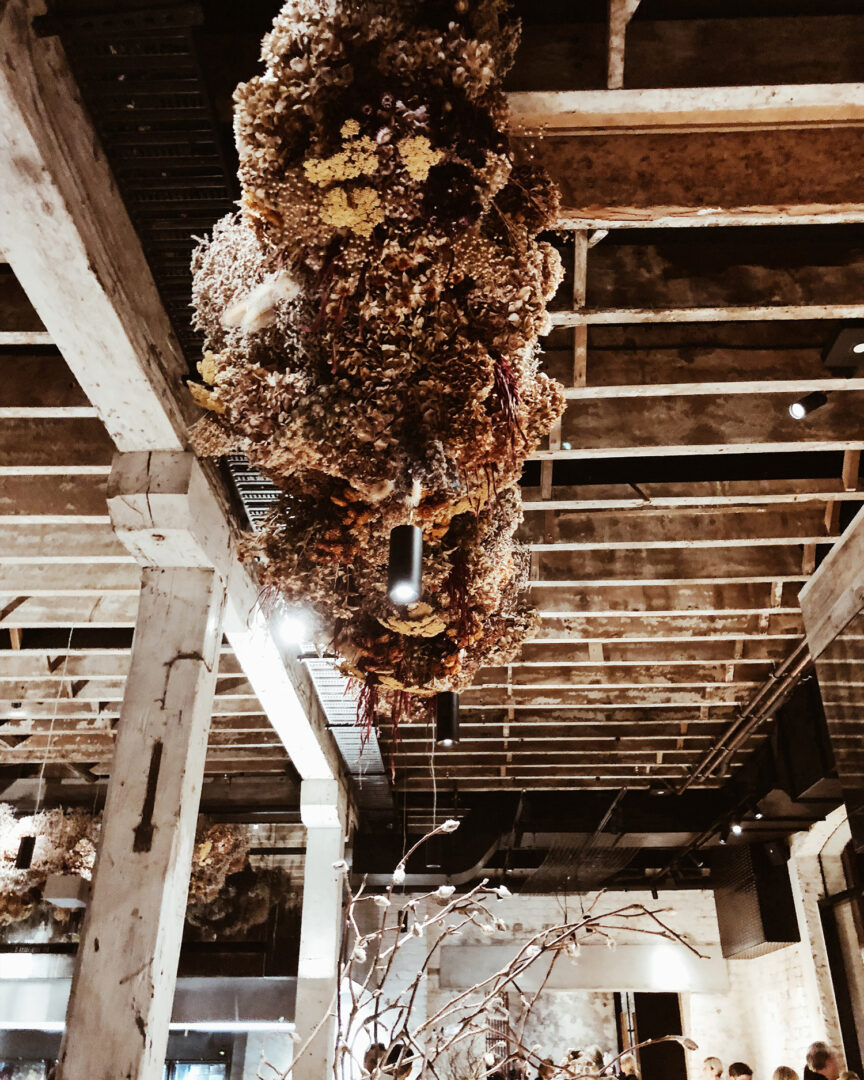 FOUR Soul  We were lucky enough to spend an afternoon here eating amazing food and celebrating Meadowlark Jewellery. Located in the Viaduct Harbour, Soul is well-known for being the ‘it-spot’ for the Housewifes of  New Zealand cast and many a women drinking champagne at 11am and gass-bagging about their lives. It was actually a lot classier than that explanation suggests and was really a stunning set-up.

We had a set meal designed by Meadowlark Jewellery and Soul, but Bec and I both had the fish in lemon oil and it was wow, amazing.com. Seriously the best fish we have ever had. Would go back just to eat that again! 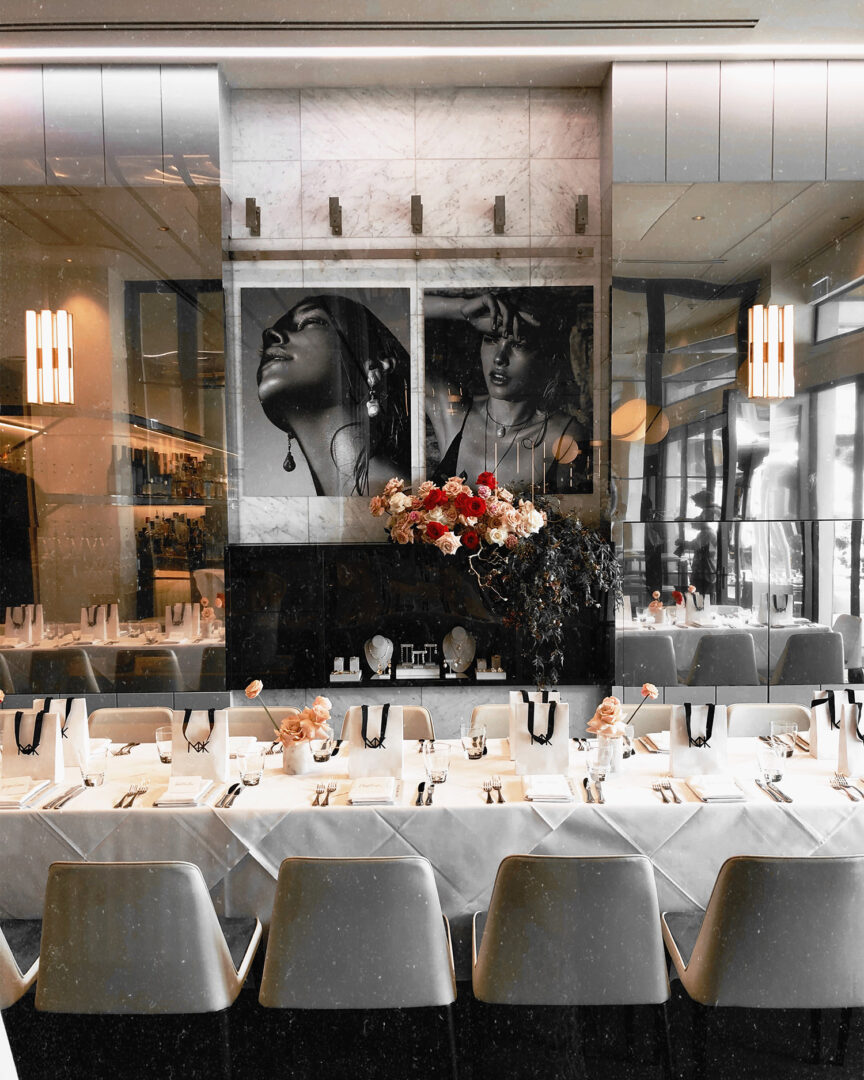 FIVE William St Eatery was just a quick hop-skip-and-jump from our NZ Fashion Week escapades at the Viaduct Centre and didn’t disappoint. Another hot little suggestion from our amazing assistant Zoe the coffee was amaze and so was the food. Only downside was that they said the orange juice was freshly squeezed and it was not – but you can’t judge too harshly for that, haha.

SIX Giraffe also at the Viaduct Harbour next to Soul we had the best breakfast here with the amazing fashion designers from Harris Tapper. With the coolest warm brown leather booths and brass design we were in heavennnn. Food was also very yummy and a big suggestion if you’re in Auckland! 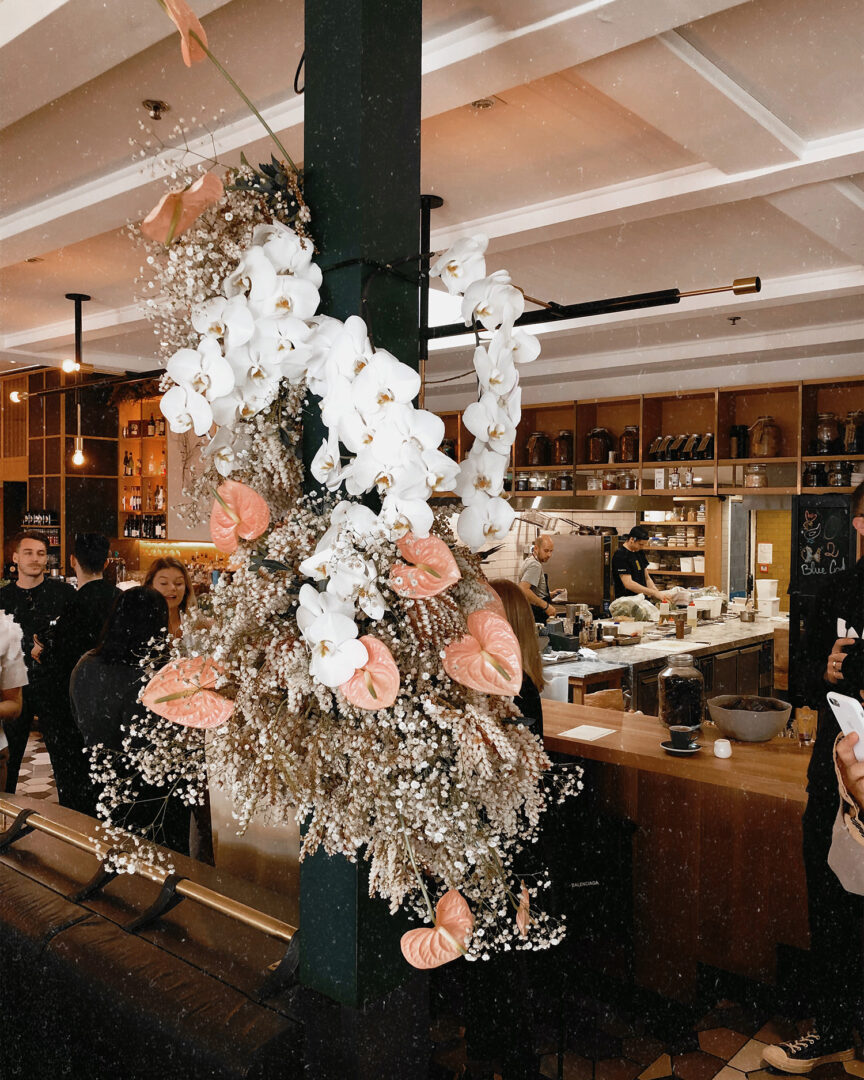 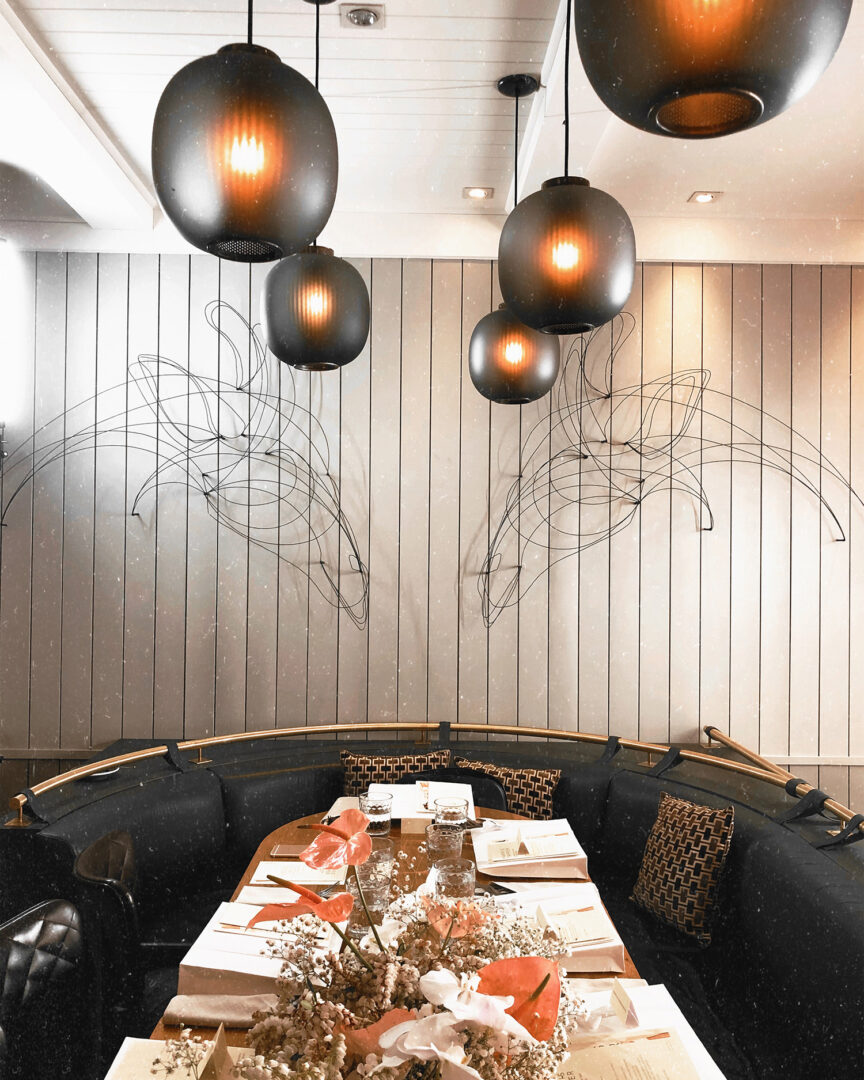 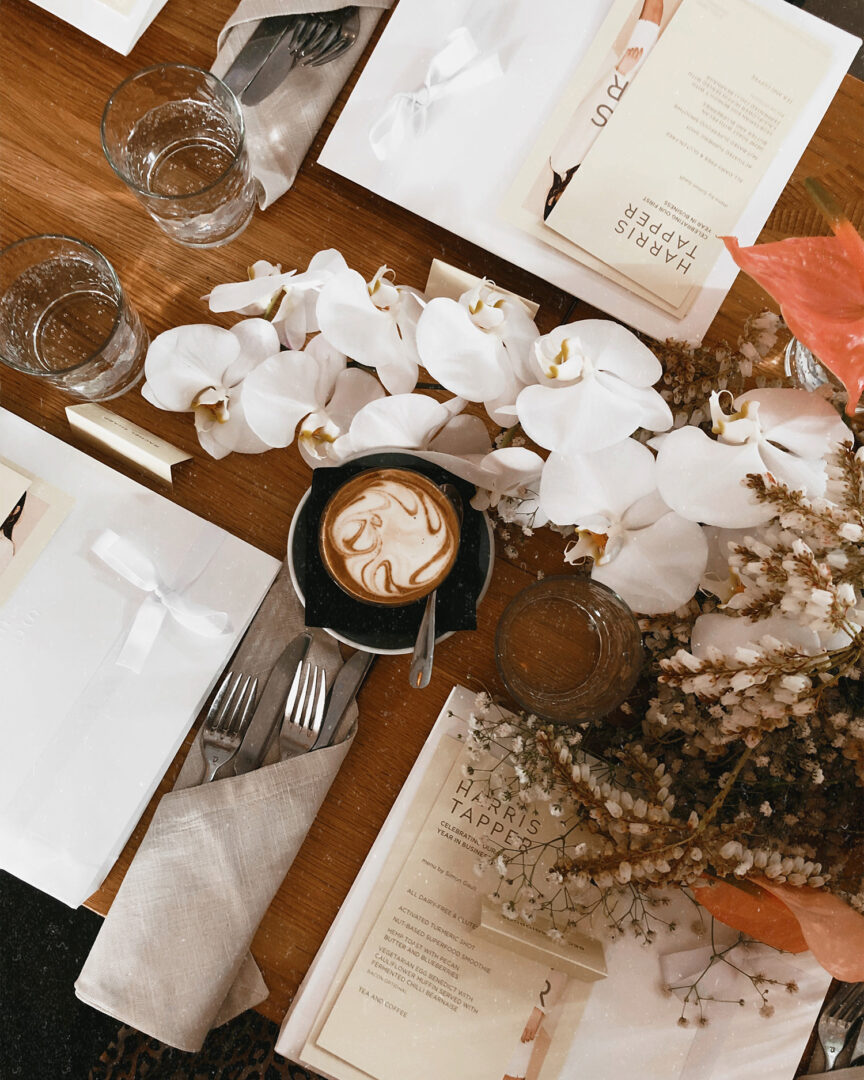